Shane joined Ward Circle Strategies in September 2022 after 35 years in the daily news media business, the last 19 as a top executive in the Gannett, GateHouse, Calkins Media and Scripps chains. He served as the top editor for three papers in suburban Philadelphia from 2015-2022, suburban Pittsburgh from 2013-2015, Corpus Christi, Texas, from 2003-2013 and in management roles at the Rocky Mountain News in his hometown of Denver from 1993-2003.

Shane most recently was the Pennsylvania State Editor for Gannett’s USA Today Network, overseeing content for all 14 daily newspapers and the state capital bureau, serving in that role from November 2019 through March 2022. Before the Gannett-GateHouse merger, he was the Atlantic Region editor for GateHouse, overseeing 24 papers in five states.

He has served as president of the Pennsylvania Associated Press Media Editors and sits on the board of the Pennsylvania Freedom of Information Coalition. Locally, he sits on the boards of directors for the Bucks County Opportunity Council and Bucks County Community. His advocacy work has included past president of the Texas Associated Press Managing Editors, the Freedom of Information Foundation of Texas, the Texas Legislative Advisory Committee, which monitored media-related legislation, the New Jersey Press Association and he is a First Amendment Institute graduate. He has testified in front of state legislative committees several times in Texas and Pennsylvania on open government issues.

Shane has coached youth baseball for more than 30 years in three states and is an avid Colorado fan in all sports. He has two grown sons – Derek, an engineer in San Francisco; and Ryan, a business analyst for a major airline in Dallas. He lives in Lower Makefield, Pennsylvania, with his partner Jacki and her son, Connor. 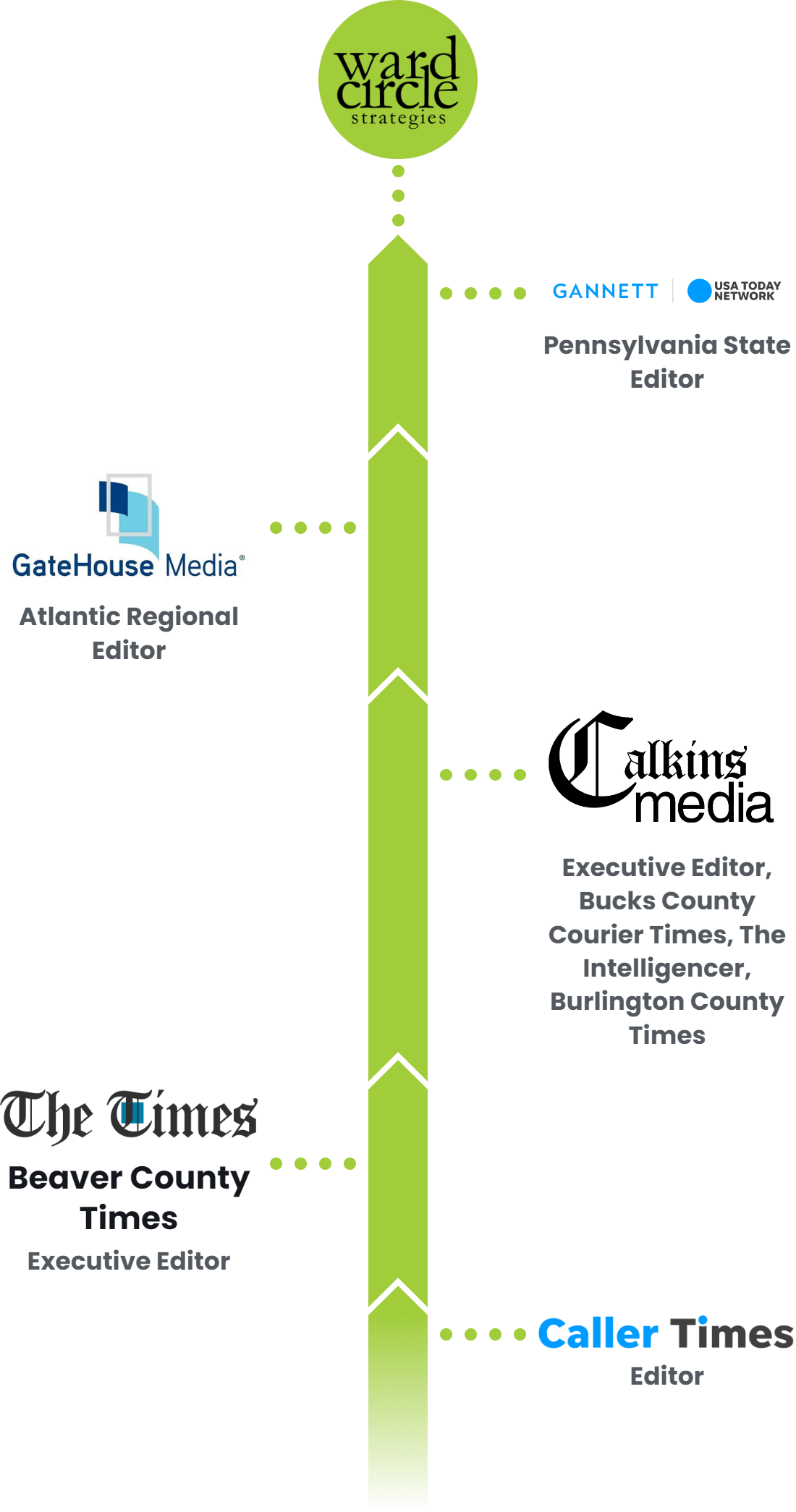